XYZ is the debut album of Sarah, Matthew and David Jones, who make up the instrumental folk trio, also called XYZ. The album, recorded by Tony Davis at Cluny Studio, Newcastle upon Tyne,  consists of 13 instrumental tracks, mostly traditional with some self-penned tunes. Guest musicians include bass player Dan Rogers, vocalist Kat Davidson and percussionist Paul Smith. The album, produced by fiddle player Stewart Hardy, was the first runner up in the Fatea/Cambridge and Beyond Best of 2006 awards in the Favourite Instrumental Album category.

THE TALK Magazine described it as “simply and unfussily beautiful, a sound in which one can immerse oneself… Sarah and David’s fiddles can do fast and intricate or slow and lyrical with equal aplomb… Matthew’s guitar accompaniments are inventive and impressionistic, yet solidly, rhythmically reliable… Guest musicians are used sparingly and intelligently, subtly enhancing the arrangements without detracting form the trio’s powerful dynamics”

To order this album please get in touch using the contact form at the bottom of the page stating how many copies you would like to order.

MAZ O’CONNOR : UPON A STRANGER SHORE

Maz’s debut album ‘Upon a Stranger Shore’ was recorded in January and February 2012 and released on 2nd July. It features a mixture of traditional favourites and original songs arranged and performed by Maz and a group of talented young musicians, including Matthew Jones (guitar and double bass), Joe O’Connor (melodeon), Jim Molyneux (percussion, backing vocals), Nicola Lyons (fiddle), and Sam Sweeney (cello, fiddle).

‘Maz O’Connor gives a vocal performance that stops you dead in your tracks.’ Neil King for Fatea.

To order a copy of this album please visit Maz O’Connor’s website where you can order direct from the artist.

Described by Songlines Magazine as ‘One of the top English Folk Recordings of 2012’, the debut album of folk quartet Last Orders was released on Fellside Recordings Ltd in 2007, following the band’s success at the BBC Radio 2 Young Folk Awards. Playing violins, guitar and melodeon, the band play intricate arrangements of traditional and more contemporary tunes, as well as welcoming singer Maz O’Connor to perform two songs.

With little opportunity to see the band live in recent years, this is a chance to buy some of the final copies of the album. To order this album please get in touch using the contact form at the bottom of the page stating how many copies you would like to order.

Oneword by Southwind is the culmination of a six-year musical journey that began when a handful of friends came together to share the music which inspired them. Over time the band grew in number and the music it made grew in richness and complexity, establishing its own unique sound and attracting an increasing number of followers.

Of course this is a very common story but what makes this one so unusual is that when these musicians first came together they ranged in age from seven to fourteen and were at the earliest stage of their instrumental learning.

Over the next few years they were guided by Sarah Husband and received workshops from professional musicians such as Kathryn Tickell, Catriona MacDonald and Stewart Hardy but increasingly took on the task of acquiring, writing and arranging the material themselves.

Since it’s formation nearly 15 years ago now, Southwind has affected many young musicians all wanting to play the traditional music of their local area, and has seen some near beginner musicians develop into performers on an international stage. The Southwind Project continues now by helping to set up other young bands in the North East, with sales of the album going towards forming more bands and inspiring a new generation of musicians.

To order a copy of Oneword by Southwind please get in touch via the contact form at the bottom of this page. 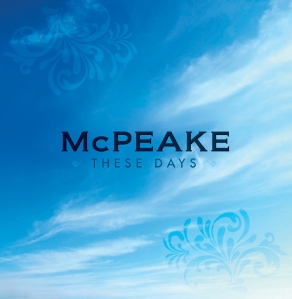